Skip to content
Declaration of Independence Freedom INC. Natural Law natural right No Longer Give Consent Socially Motivated The Bill of Rights The Constitution The united states for America THE UNITED STATES OF AMERICA unconstitutional

Your Rights Per “We The People” 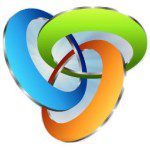 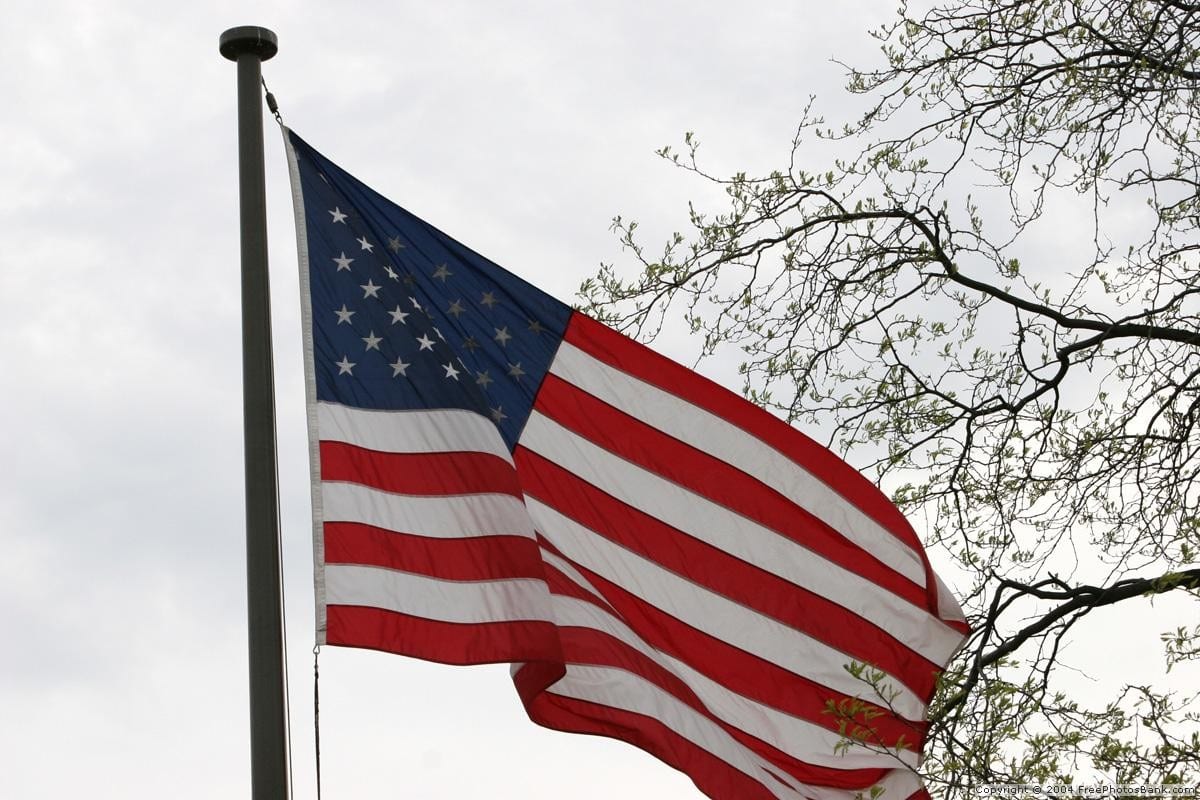 Your Rights Per:   “We The People”

TO WHOM IT MAY CONCERN

FOR WE THE PEOPLE

We have two distinct governments operating on

The Republic of the united states of America’s soil.

In case you are unaware, it is important for you to know the following information.

Do Your Own Research and Use Your Own Discernment.

Our forefathers, understood that we needed protection from overzealous tyrants and added what is called 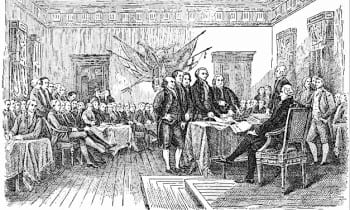 Inviolate Rights to the original Constitution. These documents were written for the sovereign individuals living on the land and are the protection that our forefathers fought so hard to gain from the British Crown.

“I think we should obtain the confidence of our fellow citizens, in proportion as we fortify the rights of the people against the encroachments of the government,”

Madison said in his address to Congress.”

You can read the original Bill or Rights and Constitution for the United States of America and The Declaration of Independence on these links. Truthfully, you will find that The Constitution is very easy to read, as it was written for “We The People” and does not contain all the legal upside-down terminology we find when we operate within the Admiralty law system, which identifies individuals incorporated entities, according to their birth certificates, that was created at the time of their birth, unknowingly by the registration of the birth..

When The Fourteenth Amendment to the U.S. Constitution was written after the Civil War, we find some interesting information about the rights as individuals born or naturalized in the United States. You might want to take a close read and discover a few abnormalities that we see in the way our government is being run today. Be sure to check out Section 3, for instance. Our first president after the Civil War, Abraham Lincoln, was a lawyer and we have many Congress and Senate representatives that are also lawyers. (kind of an interesting fact-don’t ya think?)

A few of these rights that our forefathers included, were Inviolate,  a few were the rights to Due Process of Law, including a Jury Trial, Right To Keep and Bear Arms, freedom of speech, and Life, Liberty and the Pursuit of Happiness.  These laws are considered natural rights and/or human rights and given to us by our creator.

The Constitution & Bill of Rights is our guarantee of these rights.

You can find the Original Document 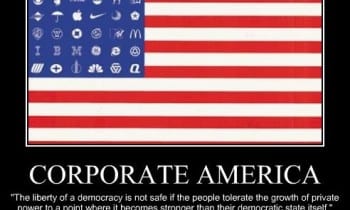 This corporation was created in 1871. The new Constitution written at this time operates in an economic capacity and has been used to fool the People . This new Constitution serves as the constitution of the corporation not We The People. It’s representation only really applies to the District of Columbia and is governed by the Law of the Sea. This is why you see the gold fringe on the flag when you are in a courtroom.

Congress decided to make a deal with the international banks because of the debt that was created by the war to gain our independence. This was done without our knowledge and serves the corporation that Congress created in 1871. The best way for me to show you this is the following video.

The Bill of Rights has not been totally incorporated into the THE UNITED STATES OF AMERICA, INC. through selective incorporation, which to remind you, only has true power over the District of Columbia area and not the states, as described in our Constitution for the united states of America. (Please remember you are a living, sovereign being with unalienable rights given to you by your creator (Natural Law) and guaranteed these inviolate rights by The Constitution.  You, the sovereign human being living on the land of your forefathers and are not subject to the Law of the Sea….which is the Color of Law that we see the federal courts imposing on us.)

When we begin to research this type of information, we find many hidden secrets. It is important for us to

Wake Up and become aware, because everyday we are hearing that we are losing more and more of our rights to this unlawful deception of “We The People”.

By the way, according the original constitution that our Forefathers wrote, your local county sheriff is the Law of The Land. I am discovering that many sheriffs are either unaware of this are acting as a representative for the corporation and not performing the services they should be for “We The People”. The public servants that we elect and those that we are paying to protect us, are not always doing the job of protecting us, which is an Oath they signed when they took office. Any public servant that acts in accordance with the laws of THE UNITED STATES OF AMERICA, INC. are not in accordance with the original Law of The Land, which our forefathers fought so hard to acquire for our generation and those to come.

Although, Non-Judicial and Judicial Laws, are under the administration of the states, these changes overstep our original guaranteed rights that were guaranteed in 1789,  Natural law is the law you were given by your Creator, these are unalienable rights and are guaranteed by the original document that our forefathers created.

Any statutes and changes made that affect our original Constitution are unconstitutional acts and anyone knowing this, and moving forward with enforcing these rules, is acting unconstitutionally.  Because these rights are considered given to us by our Creator, and only guaranteed through the Constitution, these rights cannot be changed as they come directly from your creator.    Natural Rights,  and/or our human rights are In Inviolate Rights.

Please be sure to check out how our birth certificate has been used to deceive us into believing that we are to be governed by this international corporation, when in fact, they are only operating with the Color of Law.

Many Sheriffs are coming together to save our Original Constitution and “We The People’s Rights”.

Is your Sheriff acting for “We The People”?

Vet Your Sheriff  –From CSPOA.com

Find out before you vote for your next Sheriff

if he is Constitutional.

We live in very interesting times. We are learning truths that were deliberately hidden from us. It is what we do with the information now that counts. Our education system has left out facts that all children living in the United States should be aware of because their future health and happiness depend upon it. I hope this information has educated you. The question is how do “We The People” proceed.

Here are just a few sources for your information. Many more can be found on the internet.

Your rights are protected through the Fourteenth Amendment State Action

A requirement for claims that arise under the DUE PROCESS CLAUSE of the Fourteenth Amendment and Civil Rights legislation,for which a private citizen seeks relief in the form of damages or redress based on an improper intrusion by the government into his or her private life.

The U.S. Supreme Court has established that the protections offered by the Fourteenth and Fifteenth Amendments to theU.S. Constitution apply only to actions authorized or sanctioned by state law. The “state-action” requirement means that private acts of RACIAL DISCRIMINATION cannot be addressed under these amendments or the federal civil rights laws authorizedby the amendments.

The Fourteenth Amendment prohibits a state from denying any person due process of law and the Equal Protection of the law.

The Fifteenth Amendment prohibits a state from infringing on a person’s right to vote. Both amendments were passed after the Civil War to guarantee these constitutional rights to newly freed slaves. During Reconstruction, Congress enacted many laws that it claimed were based on these amendments. Armed with this constitutional authority, Congress, in the CIVILRIGHTS ACT of 1875, sought to prohibit racial discrimination by private parties in the provision of public accommodations, suchas hotels, restaurants, theaters, and public transportation.The Supreme Court struck down the 1875 act in the Civil Rights cases, 109 U.S. 3, 3 S. Ct. 18, 27 L. Ed. 835 (1883). It held that under the Fourteenth Amendment, “it is state action of a particular character that is prohibited. Individual invasion of individual rights is not the subject-matter of the amendment.” The Court relied on language of the amendment that provides that “no state” shall engage in certain specified conduct.

Take care and take time to Learn The Truth!

The Truth Shall Set You Free!!!

Natural and Legal Rights:  Read This!!

The idea of human rights is also closely related to that of natural rights: some acknowledge no difference between the two, regarding them as synonymous, while others choose to keep the terms separate to eliminate association with some features traditionally associated with natural rights.[3] Natural rights, in particular, are considered beyond the authority of any government or international body to dismiss. The 1948 United Nations Universal Declaration of Human Rights is an important legal instrument enshrining one conception of natural rights into international soft law. Natural rights were traditionally viewed as exclusively negative rights,[4] whereas human rights also comprise positive rights.[5] Even on a natural rights conception of human rights, the two terms may not be synonymous.

The proposition that animals have natural rights is one that gained the interest of philosophers and legal scholars in the 20th century and into the 21st.[6]

“I know no safe depository of the ultimate powers of the society but the people themselves ; and if we think them not enlightened enough to exercise their control with a wholesome discretion, the remedy is not to take it from them, but to inform their discretion by education. This is the true corrective of abuses of constitutional power.”
— Thomas Jefferson (Letters of Thomas Jefferson)

Judge Anna Explains The Timeline Of Our Current governmental situation.

Gary reads this to you here.

Use Your Own Discernment.

Experienced Business Owner, recruiter, teacher, social worker and graphics designer. Awakened at 65 years old and ready to be part of changing our world for the better. It is all about Waking Up and then Finding Your Purpose in life. We all have a purpose in life, but we have been put to sleep by the societies in which we live. Find your Purpose and create your life - the way it should be.